Try or Order The Map As History Today!

We use narration and multimedia technology to bring history into your classroom, and render it a much more approachable subject. To date, we have published over 200 animated maps, making us the world’s largest animated online atlas. We also create helpful timelines, which use maps and other documents to put history in context!

Usage: As prepwork before class to introduce the lesson, during class time to enrich and diversify learning, or as a homework exercise

The Map As History Database Features

Over 200 videos
Broad range of topics in US and World History
Updated constantly with new maps
Easy to understand and use in class
Combines the best of storytelling and academic writing
Created by expert historians and graphic designers
Available in English, Spanish, and French
Excellent for students with literacy or language issues

Watch One of Our Maps 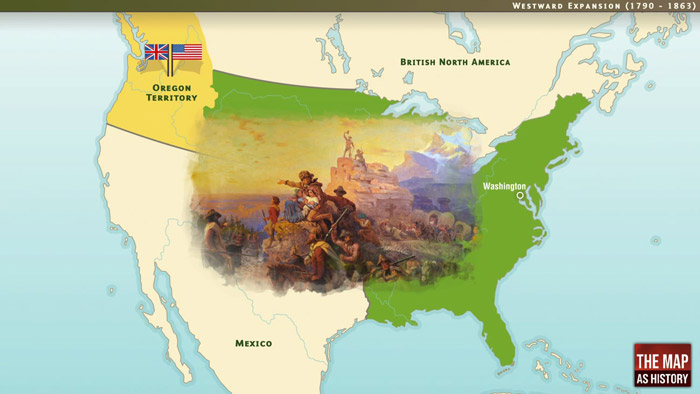 Check Out Our Topics

Ancient Greece played a major role in the development of Western civilization and laid down the foundations of democracy. This series evokes Crete and Mycenae, colonization and Greek cities, the wars between Persia and the Athenian empire, Sparta and the Peloponnesian war, Alexander’s conquests and the Hellenistic kingdoms.

Twelve animated maps covering 3000 years of the history of Jerusalem, the threefold holy city of the Jews, Christians and Muslims. Geographic characteristics of the site and the delicate problem of water supply; the great builders of the city: Solomon, Herod, Suleiman.

Rome and its Empire

According to legend, Rome was founded in 753 BC by Romulus and Remus, descendants of Aeneas and sons of the vestal virgin Rhea Silvia and the god Mars.The city was first ruled by a monarchy, which was replaced by a Republic and later by an Empire. Rome gradually extended its power over a vast area with the Mediterranean at its center, stretching from Mauretania (what is now Morocco) to Mesopotamia and from Britain to Egypt. When the Empire finally disintegrated, its western areas were overrun by barbarians while the Eastern Empire was ruled by Byzantium.

The history of Christianity began with the preachings of a prophet called Jesus in Roman Palestine, which had Jerusalem as its capital. The first communities of believers emerged in the Eastern provinces of the Roman Empire, as well as in its outer regions, such as Mesopotamia and Armenia. Although its practice was persecuted during the early period, this new religion became the official religion of the Roman Empire during the 4th century CE.

The Age of Discovery

During the first half of the 15th century, the Portuguese were encouraged by Prince Henry the Navigator to explore the coasts of Africa. In 1492 Christopher Columbus sailed further west into the Atlantic Ocean and discovered islands that he thought were close to Asia. A few years later, Vasco de Gama reached India by sailing around Southern Africa. In 1522, one of the ships in Magellan’s fleet returned to Europe and brought proof that it was possible to circumnavigate the Earth. In a few decades, the way that Europeans saw the world had been completely transformed.

The Portuguese and Spanish Empires

Following the Great Discoveries at the end of the 15th century – in particular the discovery of America and the opening up of sea routes between Europe and the East Indies – Portugal and Spain established trading networks which contributed to the creation of the first global economy.

The first colonial empires made a deep impact on the peoples living in these regions, particularly in America and Africa.

In the second half of the 18th century, the British had obtained control over the most territory on the American East Coast, but they had to face rising discontent from the 13 colonies.

The United States: A Territorial History

The 1803 Louisiana Purchase doubled the size of the young American republic, just 20 years after it won independence from Great Britain. Native American territory decreased as colonists moved westward. In the middle of the century, the concept of Manifest Destiny provided justification for further territorial expansion and encouraged pioneers to “spread civilization” across the entire continent. However, the slavery issue divided the nation.

Throughout the 19th century, there was growing interest in establishing new national identities, which had a drastic impact on the map of Europe. These transformations also highlighted the failure of a certain ’European order’ which led to the outbreak of the First World War.

The First World War marked the decline of European domination in the world. Once the war was over, democracy and collective security seemed to triumph, but this hope was short-lived. The dissatisfaction created by the redrawing of frontiers, the fragility of new democratic regimes and the Great Depression plunged the continent back into war.

The aftermath of the Second World War was traumatic. The creation of the United Nations and the Nuremberg trials sought to reestablish political stability and a new moral order but these were again threatened by a rivalry between the two great powers: the USSR and the USA. For a while divided by the Cold War, Europe decided to launch a unique political organization that would guarantee peace and restores its influence in world affairs.

Europe’s Colonial Expansion in the 19th and 20th Centuries

European countries began exploring and seeking to dominate the rest of the world during the 15th and 16th centuries, thanks to their ability to control sea routes and to the exploration of the American continent. In the 19th century, energized by the industrial revolution and under pressure from a rapidly growing population, Europe launched a new period of colonial expansion, inspired by the discovery of new markets, new areas for the settlement of Europe’s poor migrants, and the desire to “civilize the barbarian nations.”

The reasons why decolonization took place are many and complex, varying widely from one country to another. Three key elements played a major role in the process: colonized peoples’ thirst for independence, the Second World War which demonstrated that colonial powers were no longer invulnerable, and a new focus on anti-colonialism in international arenas such as the United Nations.

The war that broke out in the summer of 1914 was expected to end quickly, according to the military authorities. Instead, it would last more than four years. The introduction of new weapons and, in particular, the massive use of artillery at an unprecedented level led to heavy losses for all the main protagonists.By the time peace was finally established, Europe had lost its role as a world leader and it was United States President Woodrow Wilson who put forward the principles for a new international order.

During the early stages, the conflict was confined mainly to Europe, but later extended to the rest of the world following the Japanese attack on Pearl Harbor which led to the United States also entering the war. The “total war” mobilized the economic and industrial resources of all belligerents and caused the death of some 50 million people, most of whom were civilians. The war ended with the fall of Berlin to the Red Army in May 1945 and the bombing of Hiroshima and Nagasaki in early August 1945.

History of India Since Independence in 1947

Following the Second World War, Independence for India seemed inevitable, but negotiations were complicated by disagreements amongst Indian political leaders. Upon independence, the government reorganized territories and implemented the States Reorganization Act in 1956. However, many territories still hoped for autonomy – Kashmir and Punjab saw the rise of separatist movements. This series covers the complex history of independence in India as well as the ethnic questions India has faced since.

The Cold War and Confrontation between East and West

The alliance established between the USSR and the United States during the Second World War broke down in 1947. American President Harry S. Truman announced a new policy of containment to prevent further Soviet advances into Europe which Jdanov, one of Stalin’s close advisors, condemned as ‘imperialist’. This event marked the beginning of the Cold War.

The Middle East since the beginning of the 20th century

Constructed from the ruins of the Ottoman Empire after the first World War, the current map of contemporary Arab states in the Middle East resulted from the Great Game played out by the European powers during the 19th century. Victim of international ambitions, but unable to define objectives for its future, the Middle East became vulnerable to conflicts due to its internal difficulties.

Order The Map As History Today!

Order The Map As History

Hit enter to search or ESC to close